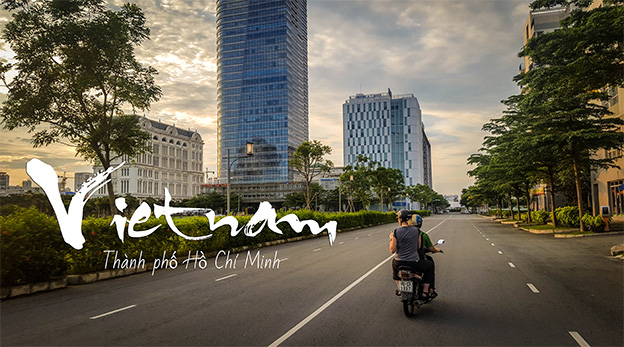 We arrived into Ho Chi Minh City after sunset, a steady tropical rain drummed the roof of the arrivals terminal at Tan Son Nhat.

As our Airbandb host was no longer able to help us with our pickup, we ordered an Uber. Normally, Uber removes any worry about a language barrier – you just put in your destination, the driver accepts it and you are on your way. Unfortunately, this was not the case here, as our driver kept repeating “Map”, and even pulled over outside the airport until we could convince him of where we needed to go. After some confusion, we eventually showed him our Airbanb’s location on Google Maps, he seemed satisfied enough, and finally set out into the chaos of Ho Chi Minh City.

Nothing prepares you for the hustle and bustle of traffic in Vietnam’s busiest city – all the more chaotic in the evening tropical downpour – scooters, blaring horns and bumper to bumper cars.

It had been raining a lot. As we neared our homestay, the taxi driver slowed to plough through great puddles of water. We finally arrived, and waved goodbye to the driver, who, bless him, was waiting to make sure we got in OK. We quickly gathered our bags, bracing ourselves against the the rain, and fumbled about trying to find the entrance to our homestay. We rang a few doorbells, and finally someone called us in through a gate. Here we met the charming Uncle Nam, who ushered us in out of the dark wetness and into our room.

After taking an obligatory selfie with Uncle Nam, and exchanging a few words on Google translate, we set out once again into the chaos, navigating rivers of motorbikes and cars, to go find ourselves some sushi for dinner – and we found it in the form of a fantastic busy little restaurant which had their kitchen on the street, fantastic sushi for pennies! 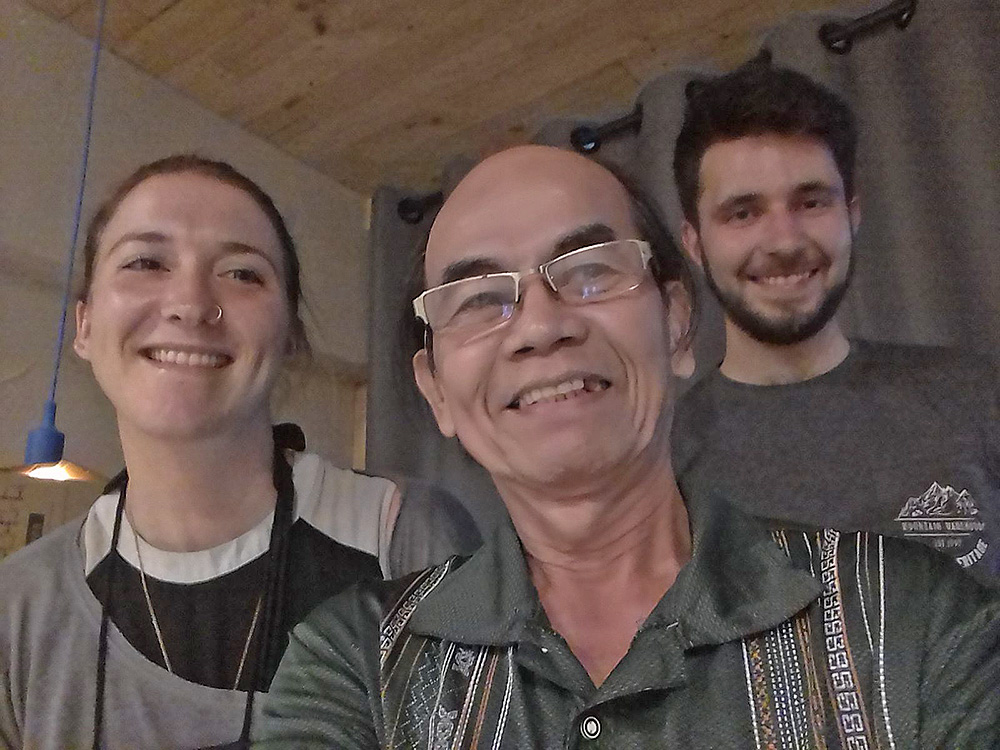 After a good night’s sleep marred only by a fight with our first cockroach, and the screeching meows of the hostel’s cat, we woke up and prepared ourselves for the motorbike tour that Ruth had organised the night before. Only $9 each, this ‘not for profit’ tour was led by students from Ho Chi Minh’s University of Medicine who wanted to learn a little more English, and we were to see all the sights of the city from the back of a motorbike! 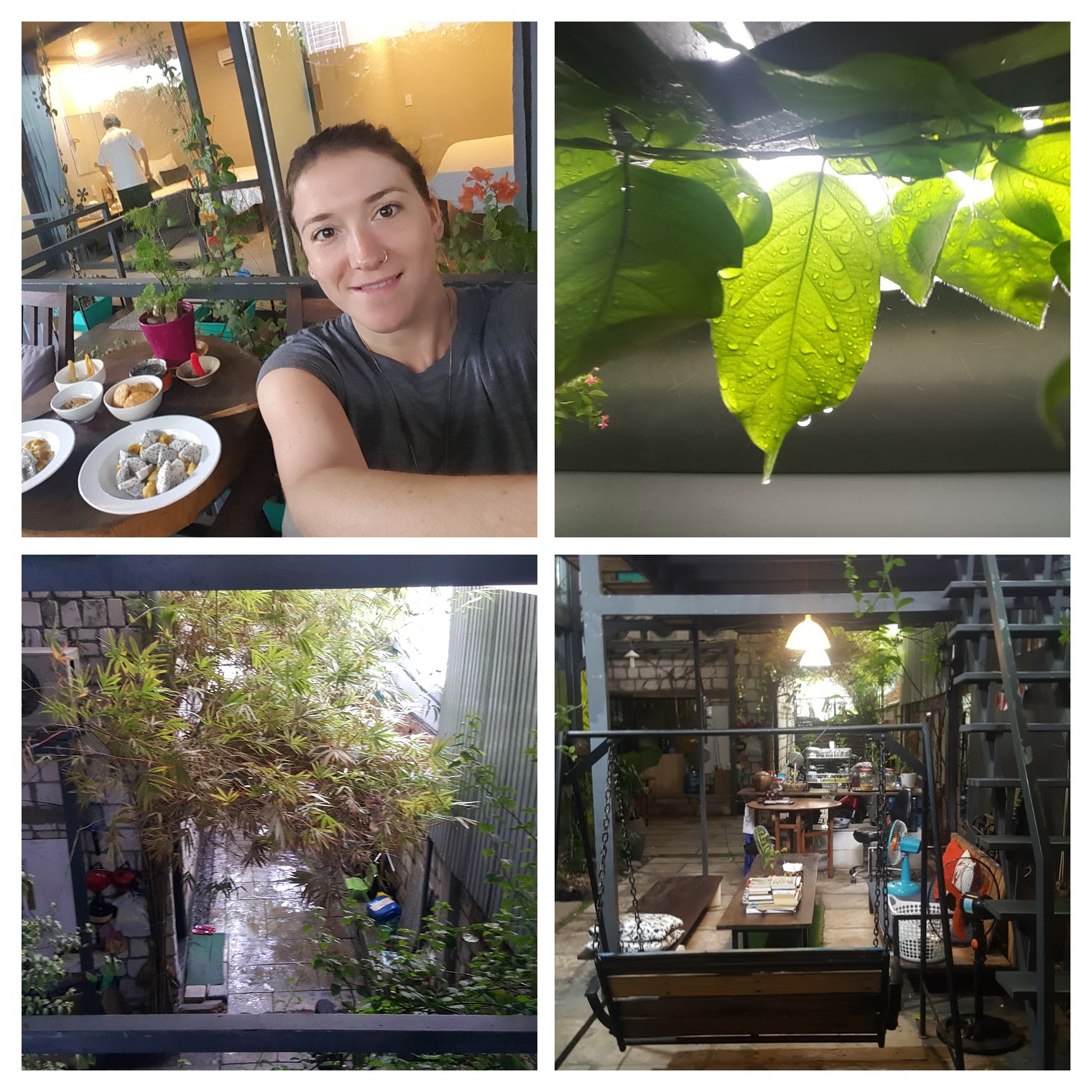 After whipping up a improvised dragonfruit and rice cracker breakfast, and waiting for another deluge of rain to pass, our guides appeared outside the hostel. We had a guide each, plus an extra who wanted to learn the ropes. The group was led by Duang, who spoke amazing English and really put us at ease with her conversational tone. Jumping on the back of the motorbikes, we set off into the city. 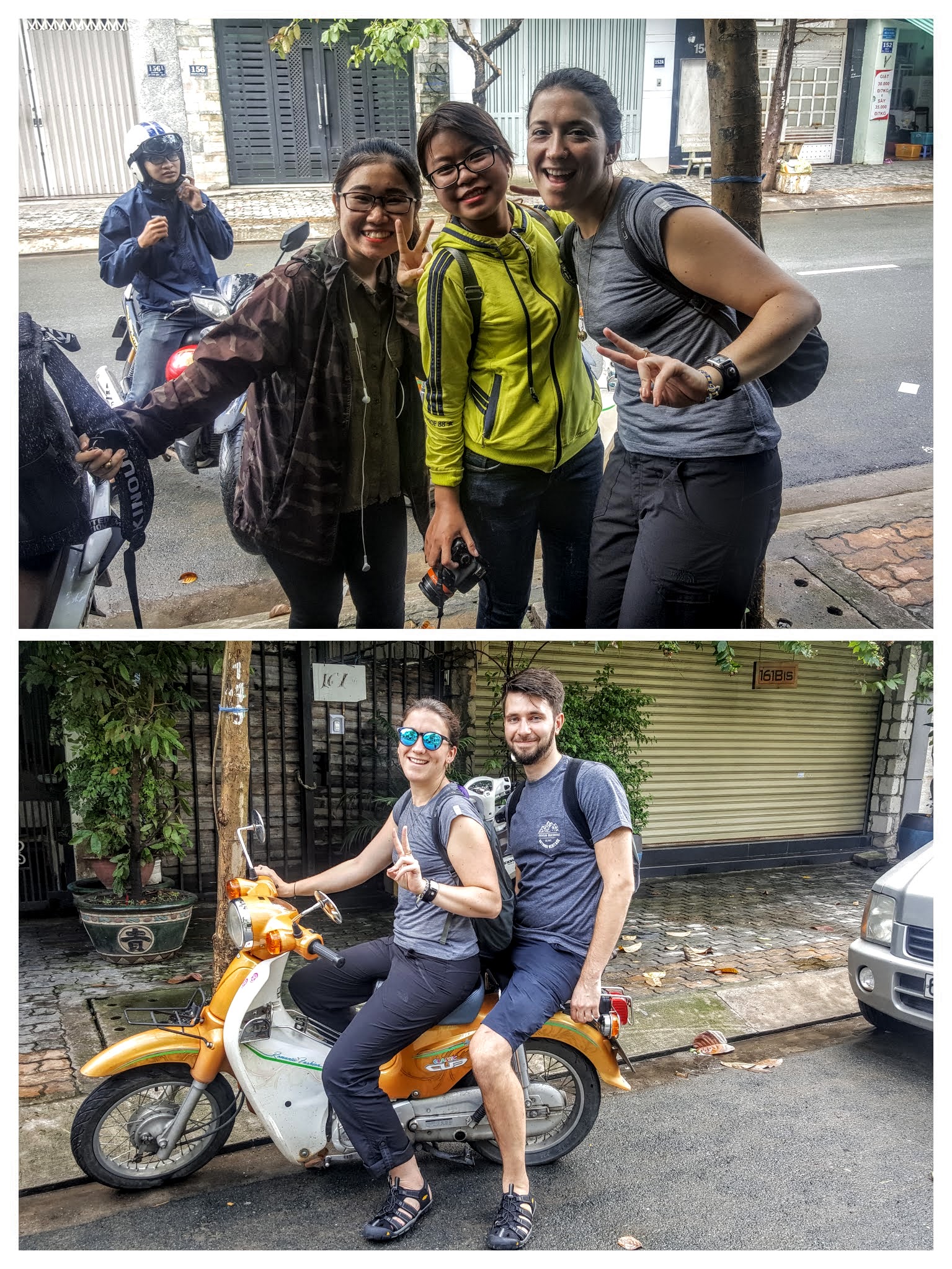 We were led through Districts 7, 4 and 1 to the famous Ben Thanh Market.

Our guides parked the motorbikes with one of the many parking officers around the square, and the bikes disappeared into the system.

Glorious colours, sweets, and trinkets awaited us in the market, although we were advised not to part with our money here as it is a very overpriced place to shop (it was great to have local advice like this). 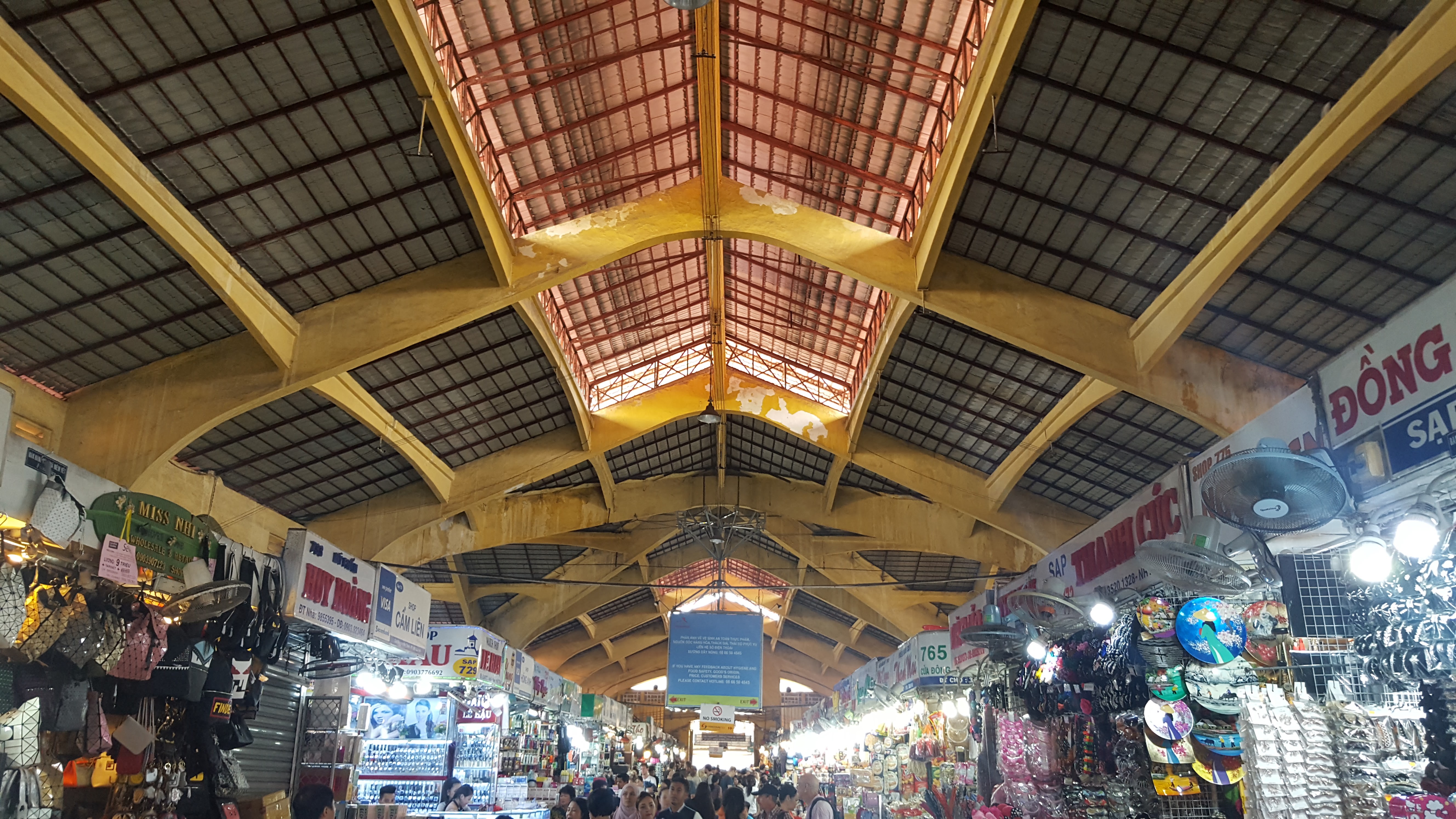 We found the bikes and resumed the journey to Bến Nghé and the very French Saigon Notre-Dame Basilica, and Saigon Post Office, with pretty Parisian street lights outside. Ruth cracked up here as she found some ‘Ruth’ lip balm (a Vietnamese-American brand, also lots of people think that the name Ruth is either a man’s name or surname here).

Then we scooted over to the Independence Palace. The building’s grand facade, including tanks and jet fighters, sweeping lawns and an impressive fountain, invited us in to learn more. 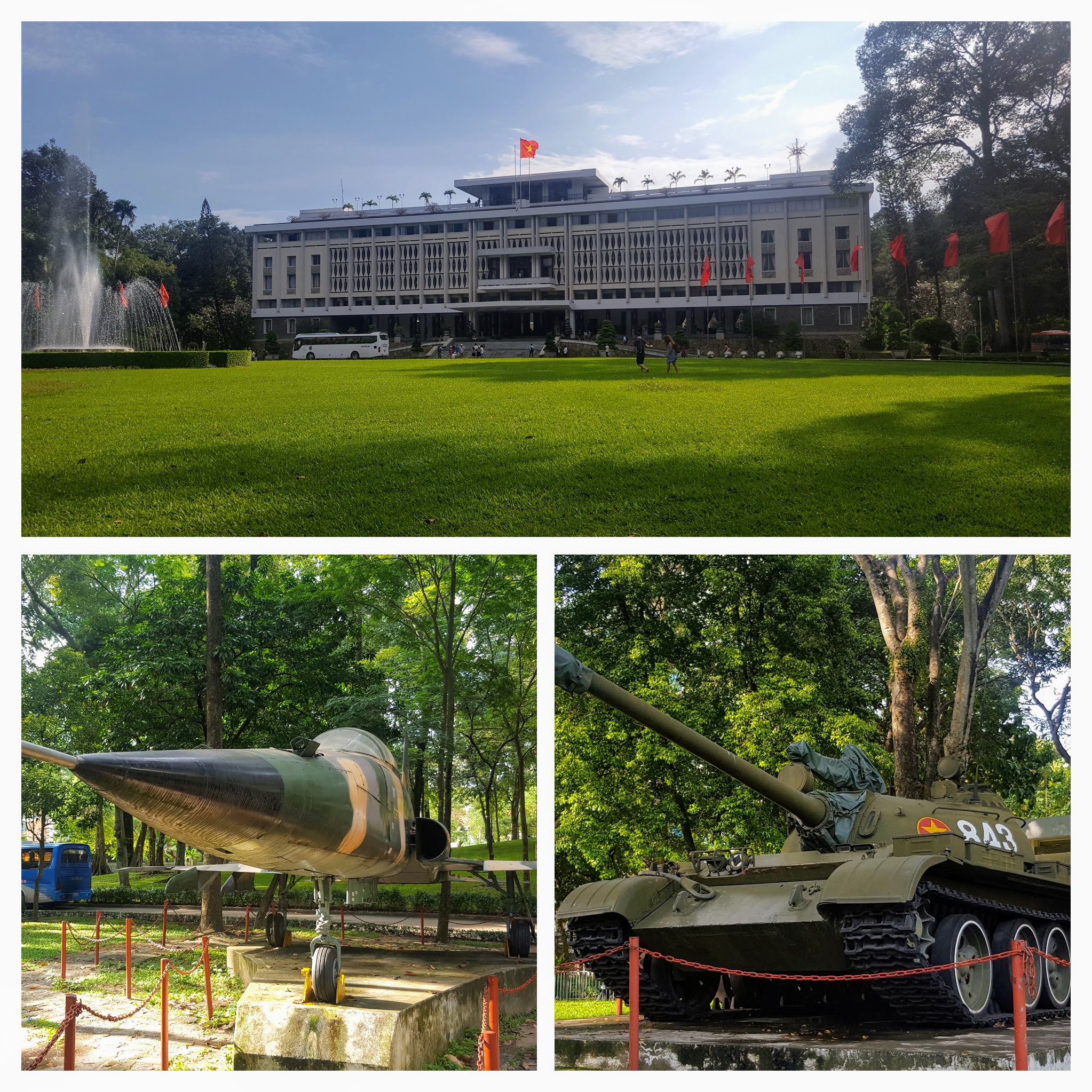 Also known as the ‘Reunification Palace,’ the current building was a product of the Vietnam war, re-built from scratch in 1966 after the previous palace was destroyed by two members of the Republic of Vietnam Airforce who rebelled and diverted from their mission of bombing the V-C (Viet Cong).

The architect designed the building in the shape of a Chinese character meaning ‘good fortune’, and it featured many floors hosting stately meeting rooms, bedrooms and the fascinating bunker, the latter of which still had plenty of war maps and diagrams of the Republic of Vietnam’s final movements. Another highlight was the roof section, featuring a Huey helicopter and an open space for the South Vietnamese president to use as a ‘relaxation area’ – but he ended up using it as a party space. 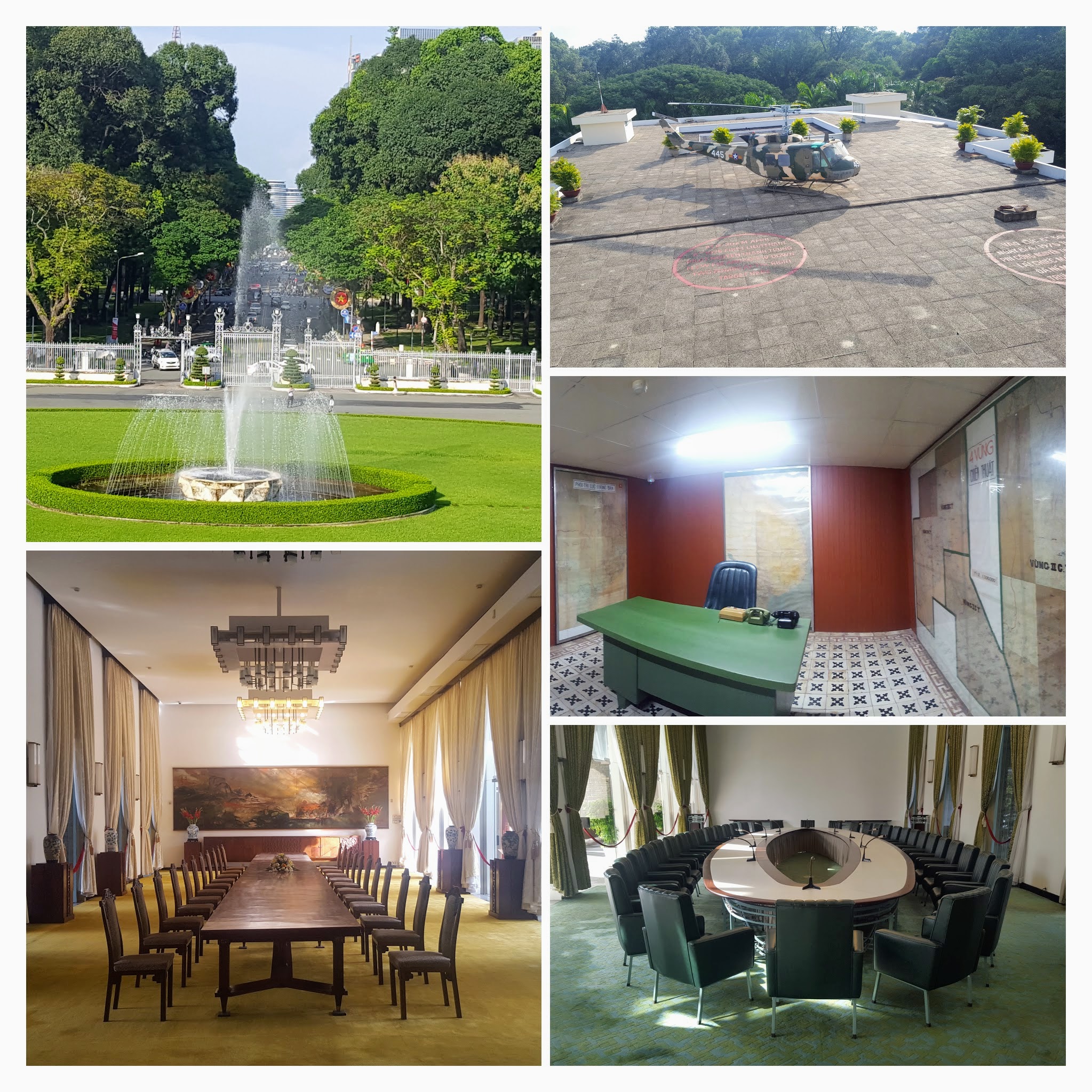 After the palace, our guides whisked us through more traffic to the eerily deserted south of District 7, home to the richest residents of Ho Chi Minh City. High rises and fast food chains, it was a world away from the bustling, compact neighbourhoods throughout the rest of the city. 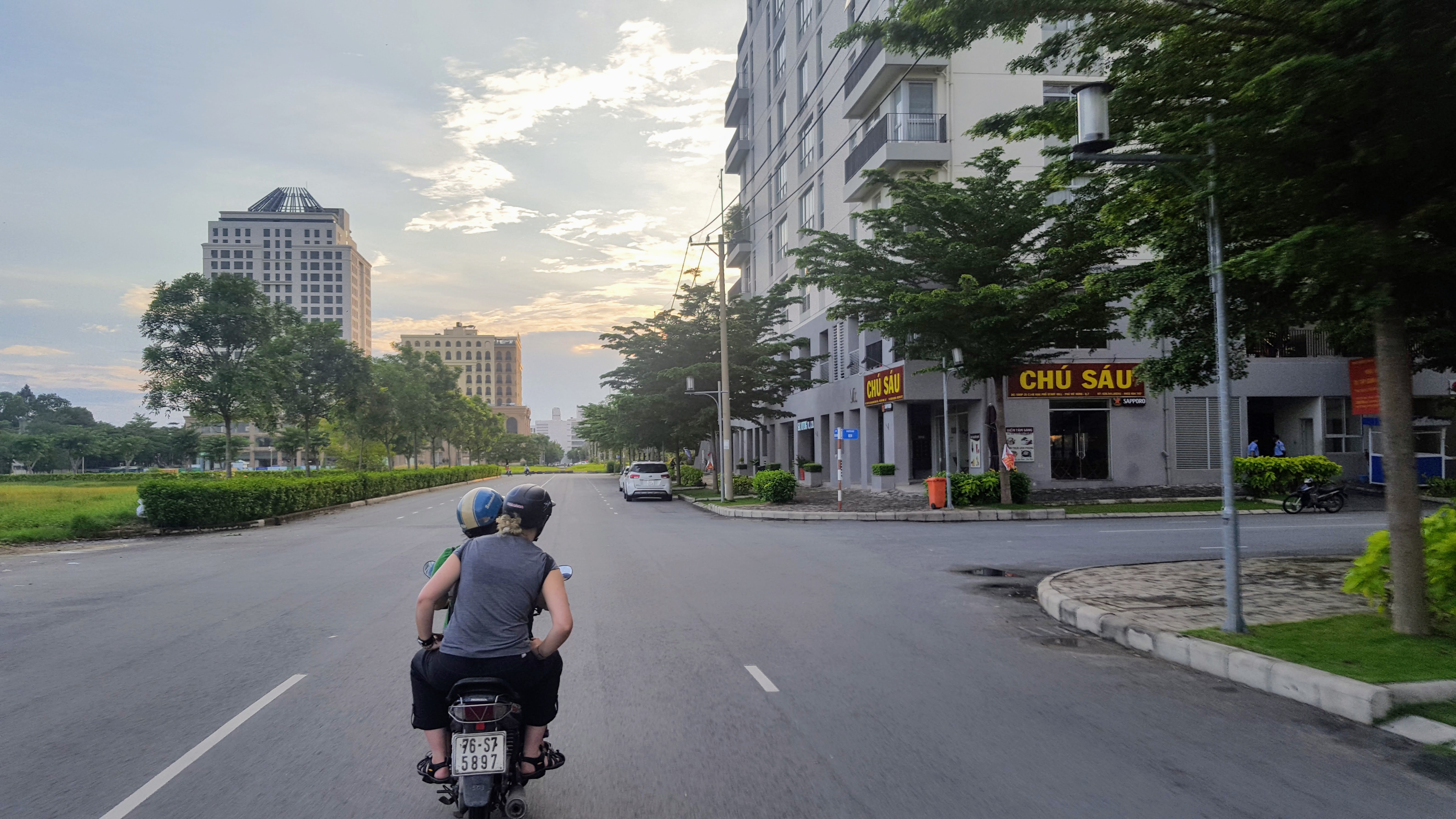 We finished off the day with a visit to a noodle restaurant of Duang’s choice. With her assistance, we ordered two To Lon (large) Phở Bó, Vietnam’s iconic noodle dish with beef.

Duang opted for the Bun Bo Hue, a delicious prawn-based broth with thick udon noodles, beef and sausage. All very delicious and made delectable with lashings of hot sauce, dried chilli and lime. We also had the nuoc sam to drink, a sweet and cloudy ginseng cold tea.

Unfortunately, there was a little confusion here as we discovered we were expected to pay for the girls’ meals. Duang explained that they were only given an allowance to cover parking and petrol by the organiser.

Turns out that that this ‘not for profit’ organisation pocketed a great deal of the $9, and there was no communication to us about paying admission fees and food etc for our guides. Nevertheless, we settled up with no hard feelings (towards our guides) and headed home for another rainy night at our hostel.

The motorbike tour was fantastic – a great way to see the city, just as the locals do everyday. On top of this, we made a great friend in Duang, who we were to see again in just a weeks time.

It was time to pack up and get ready for our journey to the island of Con Dao. 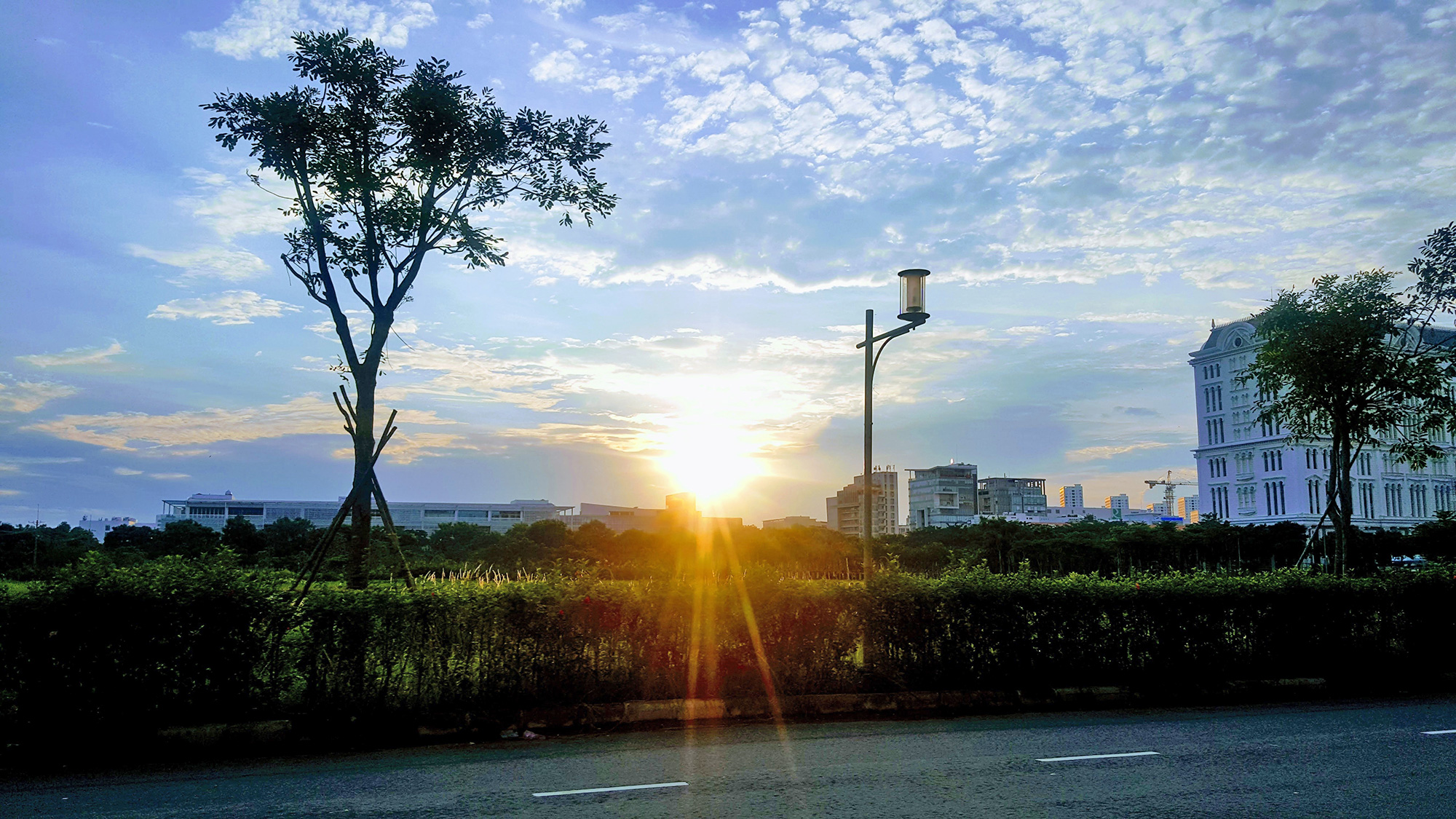